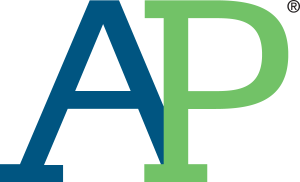 AP Human Geography presents high school students with the curricular equivalent of an introductory college-level course in human geography or cultural geography. Content is presented thematically rather than regionally and is organized around the discipline’s main subfields: economic geography, cultural geography, political geography, and urban geography. The approach is spatial and problem oriented. Case studies are drawn from all world regions, with an emphasis on understanding the world in which we live today. Historical information serves to enrich analysis of the impacts of phenomena such as globalization, colonialism, and human– environment relationships on places, regions, cultural landscapes, and patterns of interaction.

Specific topics with which students engage include the following:
Course Goals:
By the end of the course, students should be more geoliterate, more engaged
in contemporary global issues, and more multicultural in their viewpoints. They should have developed skills in approaching problems geographically, using maps and geospatial technologies, thinking critically about texts and graphic images, interpreting cultural landscapes, and applying geographic concepts such as
scale, region, diffusion, interdependence, and spatial interaction, among others. Students should see geography as a discipline relevant to the world in which they live; as a source of ideas for identifying, clarifying, and solving problems at various scales; and as a key component of building global citizenship and environmental stewardship.

The particular topics studied in an AP Human Geography course should align with the following college-level goals, which are based on the National Geography Standards developed in 1994 (and revised in 2012).2 On successful completion of the course, students should have developed skills that enable them to do the following:           o   Recognize and interpret patterns and networks
o   Assess the nature and significance of the relationships among phenomena that occur in the same place
o   Analyze the ways cultural values, political policies, and economic forces work together to create particular landscapes (e.g., associations between exurban developments in the United States and the agriculturally productive Central Valley of California)