Its more than a day...it's an experience!! 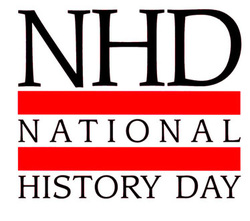 Every day is National History Day! History Day is a year-long program that culminates in a national contest in June in College Park, Md.

History Day is more than a contest; it is reforming the way history is taught and learned. The contest provides teachers with an innovative teaching tool and fosters students' enthusiasm for learning. In addition to the contest, NHD offers teacher workshops, summer student academies, summer teacher institutes, curricular materials and other resources for educators.

Nationwide, 700,000 students and 40,000 teachers annually participate in National History Day programs. Each year roughly 2,400 students and their parents and teachers gather at the University of Maryland, College Park for the week-long event. These enthusiastic groups come from all over the United States (all 50 states), Guam, American Samoa, Department of Defense Schools in Europe, and even Shanghai, China. The National History Day excitement can be felt across the campus. After spending months on research and preparing their projects, and competing at local and state contests, these students are eager to show their hard work at the national level. It's more than a day, it's an experience!